Dark Horse Candidates to Make a Run in the NBA Playoffs 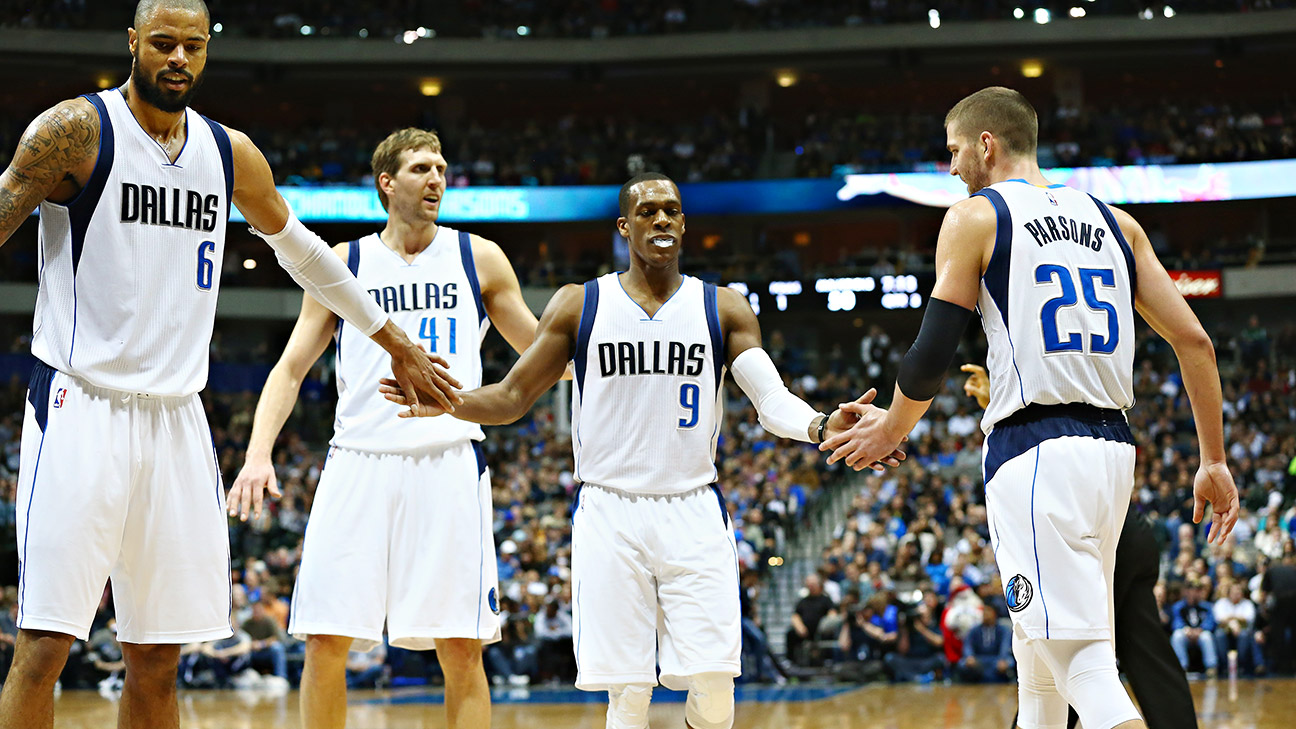 Sure, the Warriors, Cavs or Hawks would make for an exciting NBA Finals. A game-winning three from Steph Curry or a rim-rocking dunk from LeBron would make any NBA crowd go wild. However, the highest seeded teams aren’t the only ones with the capability to go far in this year’s playoffs. Like the NCAA tournament, there is always the potential for an upset, a Cinderella story. Here are a few teams that could be the NBA’s Michigan State, and make a run in the playoffs.

What? When did the Clippers become a dark horse? The Clips are not generally talked about or considered a contender, even though they were the three-seed last year, even though they’ve won about two thirds of their games, even though they have Chris Paul, the league leader in assists with 10.1 APG, Blake Griffin, the explosive power forward, and Deandre Jordan, the league’s leading rebounder with 14.5 RPG. I, for one, believe that they are a serious contender, and that they could potentially beat the Warriors in a seven-game series.

The “big three” of CP3, Griffin and Jordan isn’t the only thing that makes the Clippers a powerhouse. They also have sharpshooter JJ Redick and two-way small forward Matt Barnes rounding out their starting lineup. The most impressive aspect, perhaps, of the Clippers’ roster is their remarkably deep bench. Sixth man Jamal Crawford provides a huge spark off the bench, averaging 16.4 PPG. The rest of the bench is comprised of Austin Rivers, Glen Davis, Spencer Hawes, and CJ Wilcox, among others. The Clippers will likely face off against the Trail Blazers, whom they have beaten two out of three times this season, or the Grizzles, against whom they are 1-2, although one of those losses was by three points and without Blake Griffin.

Overall, the Clippers are still an elite team, and they have the potential to go far in this year’s playoffs.

The Mavericks are another team from the west that could be a dark horse candidate to advance deep into the playoffs. Get it? Horse? Mavericks? Bad puns aside, Mark Cuban’s Mavs are a great team that currently sits in the seventh spot in the competitive Western Conference (they would be tied for third in the East with the same record).

The Mavericks’ success this season and over the past decade or so can be attributed in large part to Dirk Nowitzki. Dirk is averaging 17 points and six rebounds, and his turnaround jumper is as smooth as ever. Chandler Parsons and Rajon Rondo are the newest additions to the starting lineup. Although he is not living up to expectations, Rondo is still a terrific passer and a solid defender. Parsons can be lethal on the offensive end; he is averaging 16 PPG and is shooting a dependable 46% from the field. Tyson Chandler, the man in the middle for the Mavs, is a defensive monster that has experienced a resurgence this season, in which he averages 11 RPG.

If the playoff picture stayed the same, the Mavericks would face off against their in-state rivals, the Houston Rockets. The Rockets would be a clear favorite in this matchup, but Dallas could give them a run for their money. The Mavs, although they are in the seventh spot, are one of the most talented teams in the West. They would have to go through a few high-caliber teams, but they could make a splash in the playoffs.

A year ago, we would be talking about which lottery pick the Bucks would end up with. Now, although their record is slightly below .500 at 36-38,  they possess the sixth seed in the East. This sets them up for a first round matchup with, most likely, either the Bulls or the Raptors. While both are formidable opponents, they are beatable and they certainly have weaknesses that head coach Jason Kidd could exploit.

The Bucks started the season off hot, and they only looked to get better at the trade deadline. They acquired two promising young players in Michael Carter-Williams and Miles Plumlee. Although they lost Brandon Knight, the Bucks are now very young, with a core that consists of MCW, Plumlee, Giannis Antetokounmpo, Jabari Parker, Khris Middleton, and John Henson. This unit is very strong right now, and should get even better in the years to come.

Although Milwaukee has fallen into a bit of a slump since the all-star break, they are still having one of their most successful seasons in a long time. The team’s young stars are only getting better, and all of the new pieces, including the head coach, are learning how to mesh and succeed as a team. This Bucks team may not win the championship this year, and they may not even get past the first round. However, the deer have shown that they can compete, something that the NBA isn’t exactly used to. No one knows what to expect of this team. The Bucks could use that to their advantage and make a run in the abysmal Eastern Conference this year.