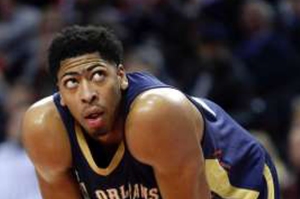 The 2015 NBA All-Star starters are out and the term “popularity contest” is staying consistent with this year’s balloting.  The voters happened to leave out the NBA’s leading scorer but remembered to keep in Kobe Bryant.  Since we are bound to see a few snubs in the completely biased voting, let me put your mind to rest with what should be the REAL All-Star roster.

Picking reserves is so damn hard.  There are so many good players out there, but the All-Star Game is meant to consist of the most effective and valuable players.  Kyle Korver is on his way to a 50-50-90 season, and the other three Hawks were must-adds.

As for the West starters…uh, James Harden!

Picking for the West is even tougher.  I’m sorry, Kobe fans, he should be voted into the game (he is injured anyways).